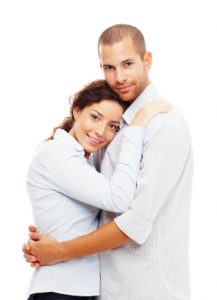 An estimated 60 percent of all pregnant women experience symptoms of morning sickness to some extent, especially in the first trimester, but this is not necessarily a bad thing.

Studies suggest that women who have nausea, vomiting, loss of appetite, and psychological effects such as anxiety and depression early in their pregnancy actually have a healthy pregnancy. In fact, a team of government researchers performing tests on a group of women who had previously had at least one miscarriage found that the women who got morning sickness were 50 – 75 percent less likely to have another miscarriage.

Connection Between Morning Sickness and Pregnancy
The researchers linked the nausea and other symptoms of morning sickness to levels of a hormone that ensures the embryo is firmly embedded in the uterus.

About 25 percent of the women in the study had miscarriages at seven weeks, yet the researchers did not find any indicator of anything that could lead to a miscarriage, or that could cause morning sickness, outside of hormone levels and pregnancy.

However, the researchers were able to conclusively establish that women under 25 years were more likely to experience nausea and vomiting than older women.

Morning Sickness Remedies
Here are a few tips to cope with the nausea and vomiting:

What About Severe Morning Sickness?
Also known as hyperemesis gravidarum (HG), severe morning sickness affects around one in 1,000 pregnant women. The symptoms include repeated vomiting, dehydration, and weight loss.

The condition can be treated by hospitalization for the administration of IV fluids and nutrition. If untreated, HG can lead to complications such as:

If you believe that you are experiencing severe morning sickness, because you feel anxious or depressed, or due to sudden weight loss, it is important seek medical advice. Besides hospitalization, you can receive drugs that will not harm your developing baby.